Most people know about black-eyed peas because eating them on New Year’s day is supposed to bring luck and prosperity.   Whether or not they bring luck with the New Year, they bring nutritional luck because they are easy to cook, very nutritious and cheap.

How to cook black-eyed peas

Black-eyed peas in a can are ready to eat – no cooking needed! You can heat them up or use them in a salad right out of the can. (see Texas Caviar below)

Frozen black-eyed peas. Follow the directions, but it usually takes longer than other frozen vegetables.  You’ll want to add seasonings as you cook so they aren’t so bland.

Dried black-eyed peas. Start with rinsing the beans carefully. There may some “look alike” pebbles that made their way into the beans, so it’s important to look carefully as you wash them.  Add them to water, then cook on the stove for about 1.5 hours.  Some people suggest soaking them first, but this is not necessary.  You also can use a slow cooker or pressure cooker if you don’t want to cook them on the stove. Again, decide what flavors you want and make sure you add them as the black-eyed peas cook.

Fresh black-eyed peas. These are basically like dried black eyed peas, but they really don’t need to be soaked.  One word of advice – when you get fresh peas home, open the package (cut a corner off if they are sealed) before you put them in the refrigerator to keep them fresh.   Put the peas in boiling water (with seasonings) and then simmer for about an hour and a half. 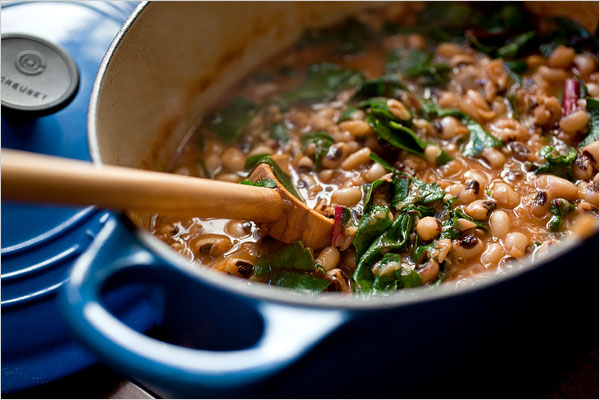 No matter how you cook black-eyed peas, they tend to be bland unless you add flavor. Just add rice or another grain and you have dinner!   Black-eyed peas are eaten all over the world and the variety of seasoning from these different countries or regions is amazing… these are just examples, so please search for more on your own! 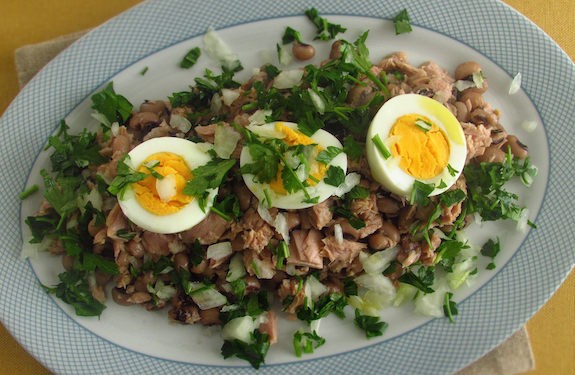 “Texas Caviar”.  This is a salad of black-eyed peas, which can be made with black-eyed peas from a can, saving a lot of time.  There are many other variation on black-eyed pea salads which include cucumber and feta cheese, corn, or tomatoes and peppers.

Like all beans, you can use black-eyed peas in pasta, soups, stews, salsas, or casseroles.