Bell Peppers, also known as green peppers, red peppers, sweet peppers, and capsicumis, are relatively large in size.  According to Epicurious, the bell-shaped pepper is green and slightly bitter in its immature state. As it matures, it turns bright red and becomes sweeter. You can also find yellow, orange, white, pink, and even purple varieties.  Bell Peppers have a high water content and, despite the name, they are not spicy.  Peak season runs from July through September but you can find bell peppers year round at your local grocery store. 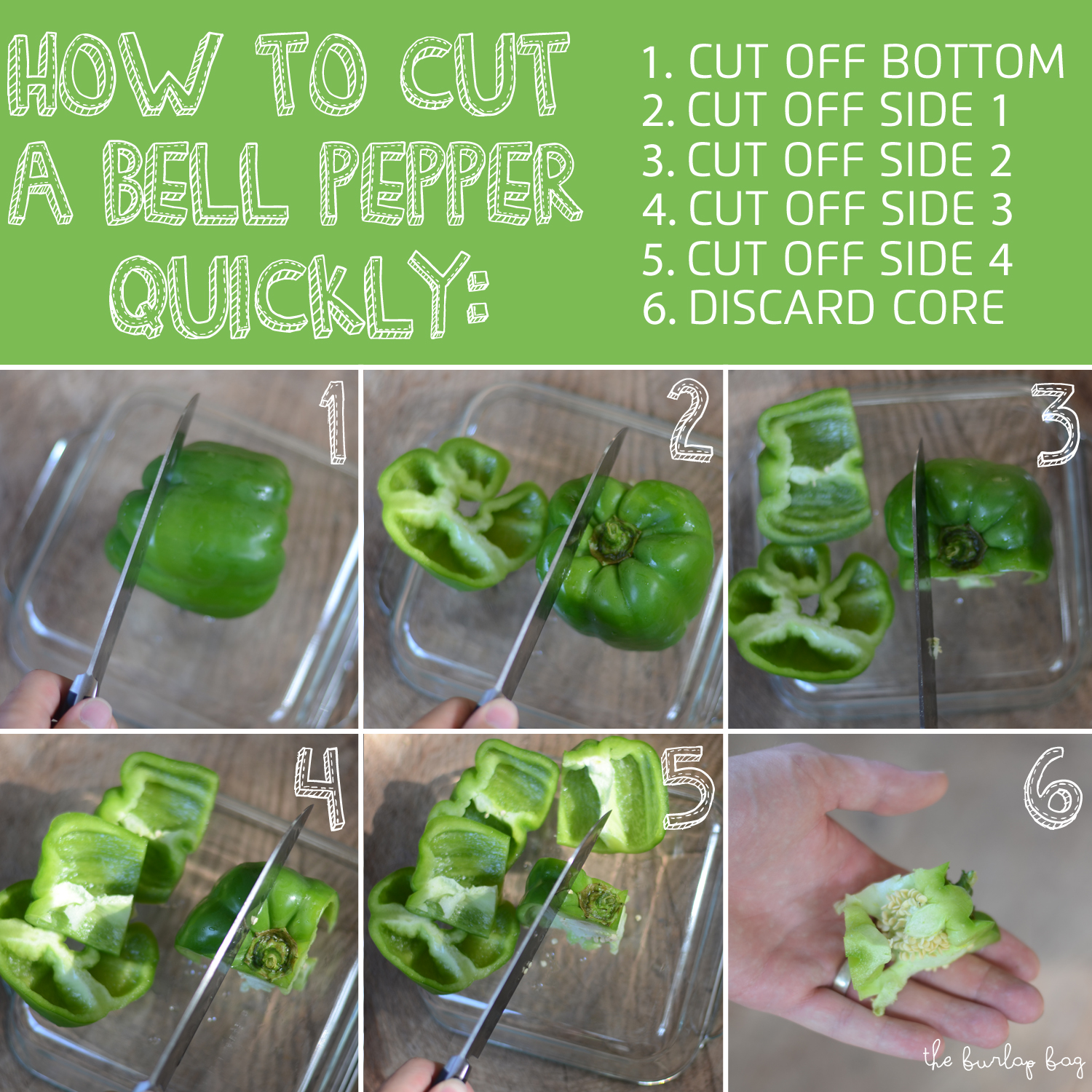 There are several ways to prepare a bell pepper, depending on how you’d like to eat or cook it. Either way, you will likely want to remove the seeds.

Once you have cut the bell pepper, you have a lot of options for how to eat or cook them.  LiveStrong.com has some suggestions:

Stir Fry/Saute’– heat a small amount of oil in a heavy skillet and add smaller bell pepper pieces. Cook for 8-10 mins. on medium heat, stirring occasionally so they cook evenly. Consider adding other vegetables or a sauce for more flavor. This website says that a Saute’ allows for the best concentrated nutrient retention.

Grilling– use whole peppers or large pepper pieces. You can make kabobs by skewering the peppers with with various meats and other vegetables. Brush on a light coating of oil and season with salt and pepper before you place the peppers on the grill.

Roasting- this gives peppers a smoky flavor and works well in salsas or other dishes, as well as on their own. In an oven, brush the peppers with a light coat of oil and broil them, turning to crisp evenly. See the above link for charring instructions.

Steaming– often used to prepare bell peppers for stuffing or a side dish. Preparing to stuff? Cut out the stem and seeds. Steam the peppers upright for approx. 4 minutes in a steaming basket.  Then stuff the peppers with a filling and bake them according the recipe. The filling typically includes rice, chopped vegetables, seasonings and cheese.

Raw– add to salad or cut into strips or petals and enjoy with hummus or a veggie dip. 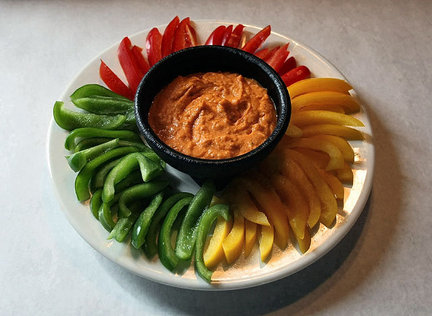 6 Ways to Stuff a Pepper 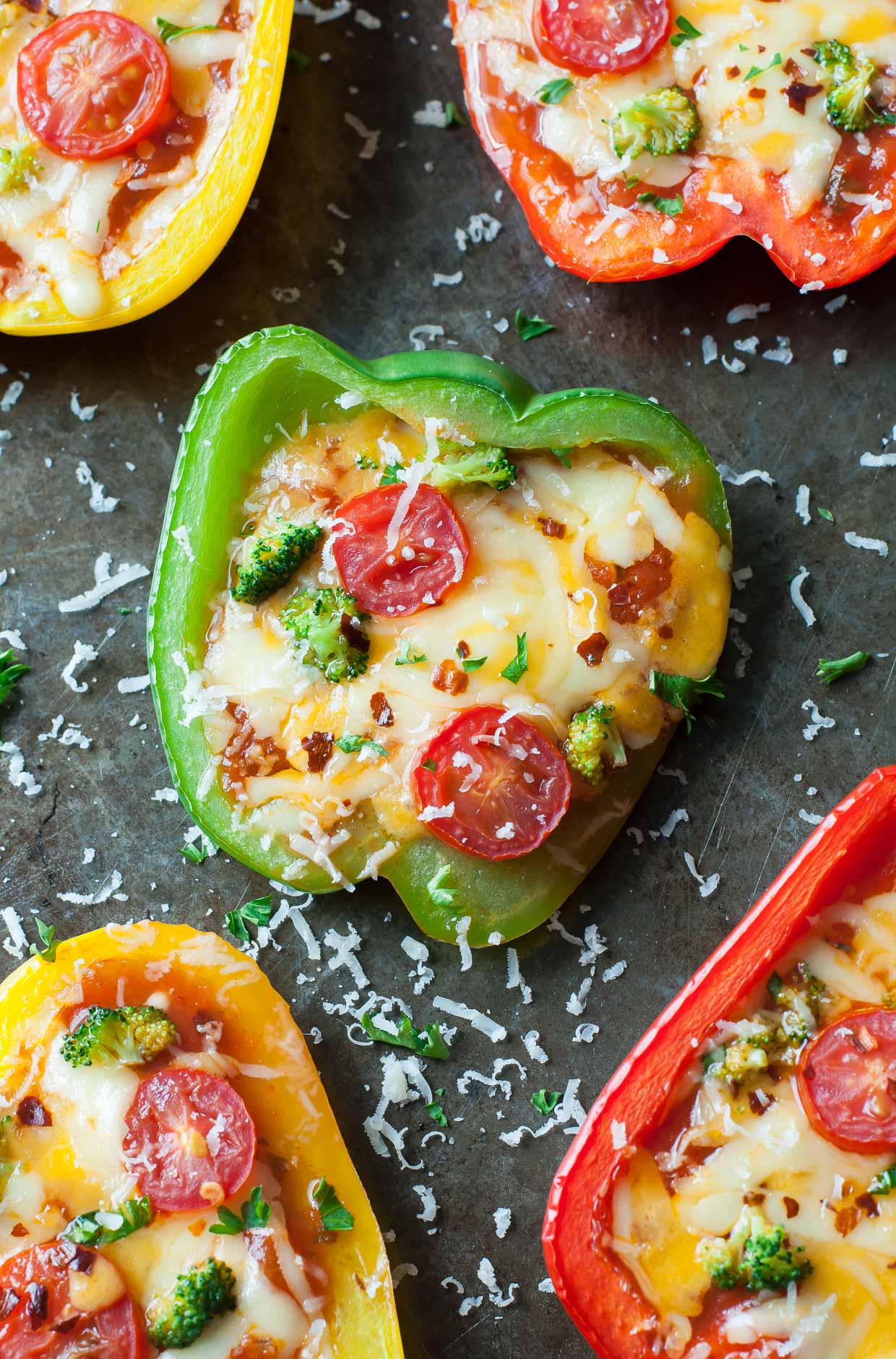 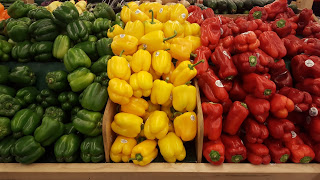